Reusable vs disposable nappies. What are the benefits?

If you’re under 40 years old chances are your nappy years were spent in disposables but for those who are older that hasn’t always been the case.

The first ever disposable nappy was called a Paddi and it was invented by a young mother of six in 1947. The Paddi was what we might call a hybrid nappy today; it consisted of a lightweight synthetic and washable outer layer and an inner, disposable, absorbent layer. This version was successfully sold for a number of years until the advent of the “all in one”. This one-piece nappy was what we’d recognise today as a truly disposable nappy, and its convenience made it quickly grow in popularity. Over the course of the next two decades Boots, Johnson & Johnson as well as Pampers developed the idea further and by the late 1970s disposables had become the norm for most parents.

Disposable nappies are undoubtedly convenient, but we’ve never found a simple way to dispose of them and they now form one of the world’s greatest waste problems. For a product specifically designed to deal with waste, unfortunately very little thought goes into a nappy’s end of life at production stage, which causes many problems for waste management bodies.

Disposable nappies are primarily made of a plastic outer layer, a “core” and a protective top layer: The core is composed of absorbent cellulose fibre and a water-absorbent polymer which acts as a gelling agent (to solidify liquids), while the outer layer is made up of fabric-like plastic that’s comfortable against the skin and cheap to produce.

All the different materials are then fused together with heat and plastic adhesives and finally, they get packaged in polyethylene plastic. Even before use, the mix of plastics that comprise nappies makes them very difficult to process sustainably. The same goes for baby wipes.

After a nappy has been used it gets bundled up and (hopefully) disposed of in the general waste, though too often they find their way into household recycling, causing a range of other problems which we’ll get into later.

Once a nappy enters the waste disposal process it generally goes to landfill or energy recovery (incineration) because plastics do not biodegrade for hundreds of years. Imagine for a second that if disposables were available during Tudor times, nappies from, say, Henry VIII’s childhood still wouldn’t have decomposed! Not only does plastic not go away but items in landfill are so tightly packed that if they’re not properly managed nothing ever biodegrades in them-that’s quite the sobering fact. It’s worth noting that though nappy and sanitary product processing plants do exist, they’re rare because securing planning permission near residential areas can cause hygiene concerns. Also, these are easier to collect from businesses who have dedicated bins provided by contractors. This is much harder to achieve in a domestic setting.

How many nappies does a baby get through in a year?

The average baby will wear nappies from birth to around two and a half years of age and though figures vary, if we’re to calculate that each baby gets through a conservative four nappies over a 24 hour period that equates to over 3,600 nappies for just one child, with some putting that figure closer to five a day or more. In fact, so much waste is produced by disposable nappies that it has led some countries like Vanuatu to outright ban them.

In 2019 over 100,000 babies were born in London alone. If they all used disposable nappies over the last two years, that’s 360 million nappies that have gone into the waste system and that doesn’t even include the number of wipes.

Is there a different solution?

By contrast reusable or “real” nappies offer a more sustainable solution. They are washable, can be used on multiple babies, offer a cost saving over the long run, and can even be sold once a baby is potty trained.

A lot has been said about the sustainability of cloth nappies over the years, with one Government report even touting them as more carbon emitting than disposables, but those claims have been refuted as old and inaccurate by a number of reusable nappy experts and proponents. 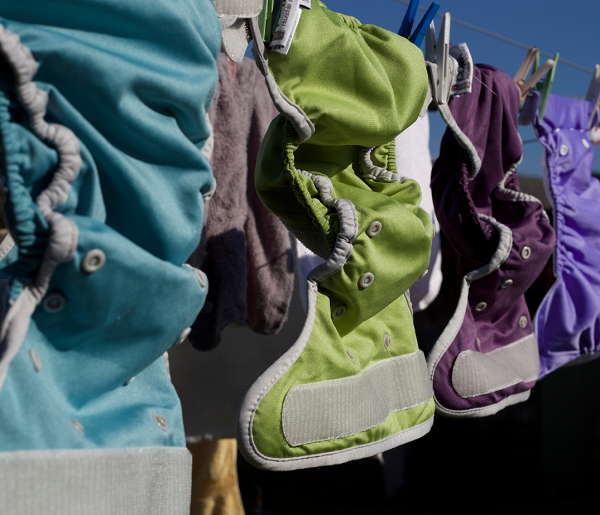 Washable nappies are considerably better for the environment because they don’t require users to throw out plastic-wrapped human waste with the household rubbish. In addition, confusion caused by labelling on the recyclability of the packaging misleads many parents into putting the nappies themselves in the recycling bin. This causes a multitude of problems, because when too many non-recyclable things are found in the recycling, it contaminates it. That forces councils to treat all the materials collected in that load as waste, ruining the efforts of entire neighbourhoods and creating more waste.

Cloth nappies, by contrast, come in a variety of styles, shapes, cuts and materials, providing options to suit different babies and parents.

A lot has been said about their cost. Though initially a washable nappy might cost more than a packet of disposables, long term use makes them far more economical, and they can save parents hundreds of pounds a year by comparison.

However, many parents still site the cost of reusables as a deterrent especially as it can feel like an upfront investment. As a solution, some parenting sites recommend asking for nappies as presents or even buying a few pieces every few weeks during the course of the pregnancy. It’s also possible to buy second hand from specialist forums including Cloth Nappy Tree or Facebook marketplace. Nappies on some sites like Ebay have never even been used so any one of these options is significantly cheaper than buying new. Many councils, including all seven north London boroughs, also offer subsidy schemes to encourage new parents to try cloth nappies. 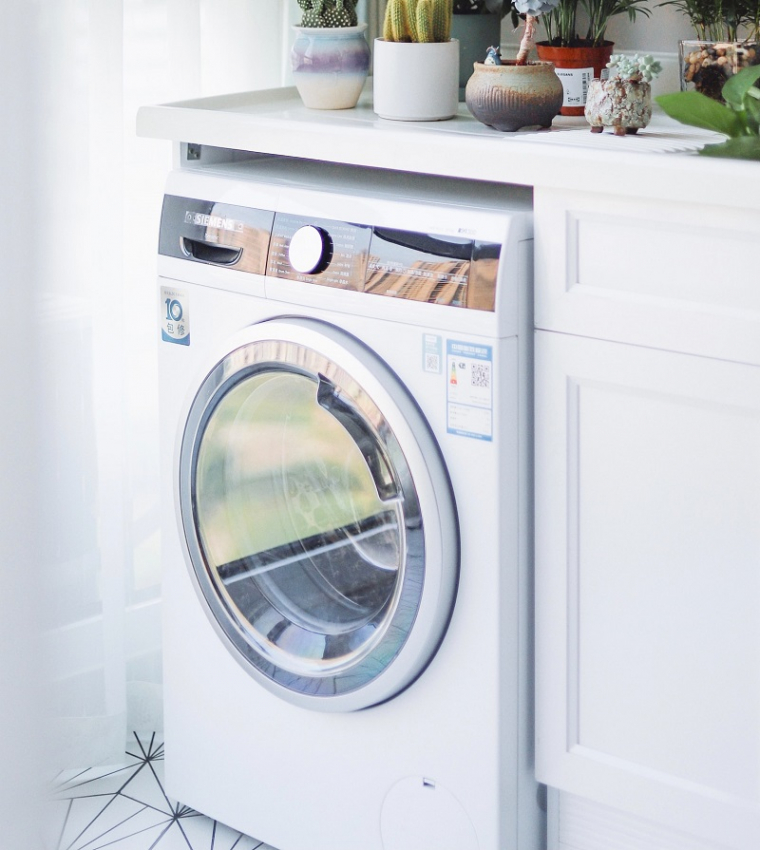 For others the idea of handling the contents or washing them in the washing machine is off-putting, but there’s a wealth of advice on how to do that as hygienically and conveniently as possible, so it’s just a case of finding what works best for you. In some instances, you can use a disposable liner to catch solids, some of which can be flushed down the loo-just make sure to always check the package for guidance about whether the liner is flushable and never flush wipes, unless they also clearly state they are dispersible. Alternatively, nappies can even be rinsed in the shower before going in the wash. They’re then washed as normal (temperatures vary, depending on the manufacturer’s instructions) and they can be hung out to dry; as most are made using specialist synthetic materials, it is recommended they’re air dried in order to last longer. In fact, they’re designed to be naturally quick drying, so warnings about high tumble drier costs can be misleading.

At the end of the wash they should come out looking and smelling perfectly clean. For those who can afford it, there are even nappy laundry services that deal with all the mess for you.

It’s worth mentioning that some manufacturers sell  biodegradable nappies. These are often made from renewable sources and would have to be sent to specialist composting facilities, different from ordinary food composting plants, and able to safely handle personal human waste.

Just remember that it doesn’t have to be a one size fits all solution; even using reusable nappies for some of the time, like overnight or when at home, could make a massive difference.