What do I do with my disposable coffee cups?

A steaming hot cup of coffee or tea is part of practically everyone’s morning routine, whether that’s a cappuccino on the train, a flat white just before you reach your desk, or the delicious cup of matcha latte you need to see you through that 11am meeting. Before the pandemic, the trend was increasingly on the rise, and sadly the pandemic itself caused a lot of progress to be reversed as sanitary concerns encouraged a new tide of single use items like disposable coffee cups.

Though many of us have got into the habit of taking our reusable cup to the coffee shop, most are still heavily reliant on the single-use cups handed out by the barista. Not a big deal, right? They’re made of paper, they’ll probably biodegrade, or be recycled.

The problem is that they’re neither of those things. Single-use coffee cups pose a number of environmental and logistical problems for the government and for local authorities because they are hard to recycle. In order for the cup to be food grade it needs to be constructed out of virgin material, i.e. new paper, which is a major issue in and of itself; and in order for it to be water-tight it is lined with a fine film of polyethylene plastic. This creates a massive disposal challenge as not many facilities can remove the plastic lining and recycle the component materials. The problem is worsened by the fact that many are mindlessly discarded on the street, making a bad situation worse for waste collectors and local authorities; and we haven’t even considered the plastic lids yet. 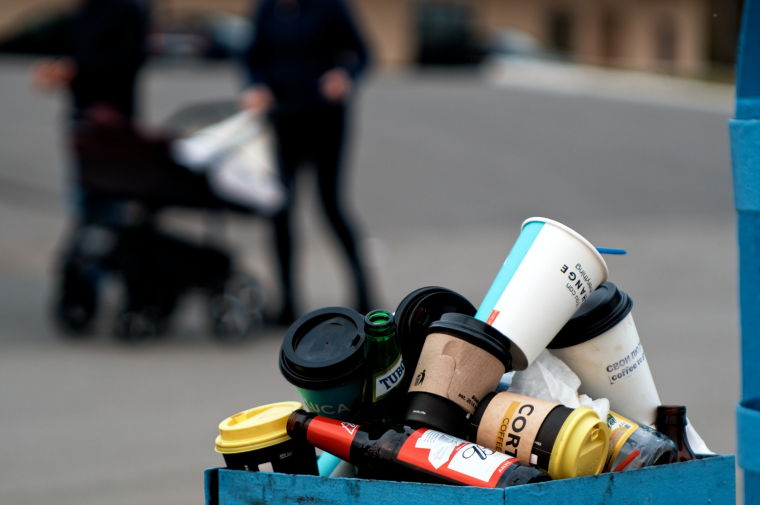 The biggest misconception about the single use coffee cups, and one that was the focus of a major waste campaign launched by Hugh Fearnley Whittingstall in 2016, is that they’re presumed to be recyclable, as they appear to be made exclusively from paper. Consumers are not helped by the fact that most cups carry misleading recycling symbols, printed on the outer, protective sleeves, implying that the entire cup is recyclable when it is not. This causes them to be placed in household recycling bins, which unwittingly contaminates the stream with non-recyclable items.

A survey on disposable coffee cup use conducted by Which? estimated that approximately two and a half billion single use coffee cups are thrown away every year, and most shockingly of all, the survey was conducted in 2011. Furthermore, a government study from 2017 found the 2011 figure to be too conservative, putting the UK’s annual coffee cup use at five billion, which translates to every single person in the UK throwing away more than 73 disposable cups every year; in volume that’s at least 30,000 tonnes of annual coffee cup waste, which is enough to fill up London’s Royal Albert Hall.

So what do we do to deal with the disposable cup problem without giving up our beloved brews? One idea, and one which has been adopted by a number of coffee shops in recent years is to take our own cups in, which as mentioned above, some people are already doing. Most vendors will even give you a discount for your drink, so it’s win-win! Just remember to buy sustainable.

Proper research when buying reusable is important because, even though not single use, some plastics are not recyclable, especially if made with a mix of materials or are the type you’re given free as a corporate gift; others might not be safe for use with hot beverages, due to the fact that they release harmful chemicals into the drink, so even when buying reusable, make sure keep the product’s end of life in mind. Our recommendation would be to avoid plastic altogether and opt for a borosilicate glass, ceramic or stainless steel but only if you don’t reheat your coffee in the microwave! For those wanting to consider their carbon footprint, stainless steel has the highest impact, but that’s countered by the many years of use you’ll get out of it. It’s also worth noting that borosilicate glass cannot be recycled with your kerbside collection, due to higher temperatures needed to melt it compared to commercial glass products. However, it can be ground down into aggregate, which also applies to ceramics. Any of these options are preferable to plastic as they are more chemically stable in the long run. 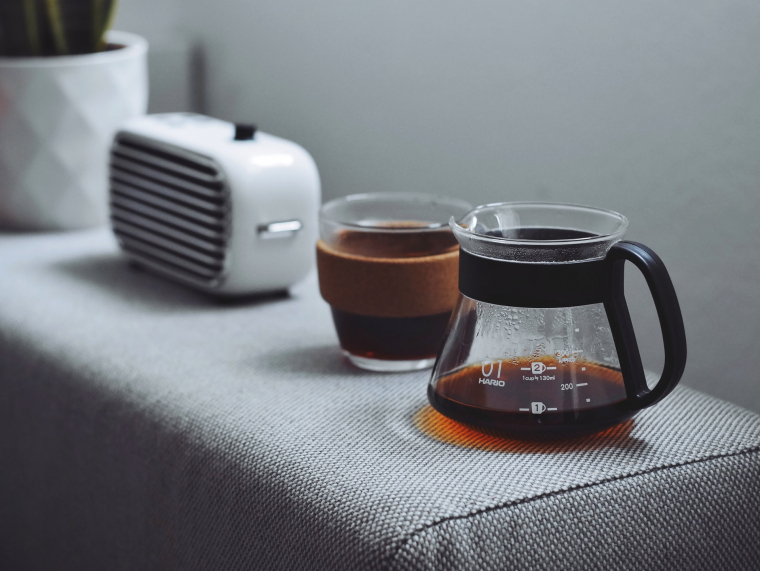 If you’re a seasoned reuse advocate and wish to do more, why not take a leaf out of LondonEnergy Ltd's book and encourage your employer and your council to promote or sponsor reusable cups, or even get in touch with your favourite coffee shop and ask them to do more to tackle the growing coffee cup problem. Some councils and cafés have introduced return to vendor schemes, while some use compostable cups and lids instead. However, that’s a hot topic for another blog so, more on so-called bioplastics coming soon.