The UK’s second largest waste authority and London’s largest, the North London Waste Authority (NLWA), is today, 1 November 2021, urging the UK government, business, and individuals to finally wake up to the link between unsustainable consumption and the waste we generate and its real and devastating consequences on the Climate Emergency.

NLWA’s call comes as it begins a billboard and social media campaign of images of a typical street in London deluged by a mountain of rubbish, or 223 tonnes, which is the amount of waste Londoners generate in just one hour. In one year, this adds up to a colossal two million tonnes of waste, which is of such a vast volume, that if dumped in the River Thames would stretch for 273 miles – 57 miles longer than its entire length (with a width of 100 metres and a depth of 0.5 metres). This astonishing amount does not account for the embedded carbon dioxide emitted in the extraction of raw materials, manufacturing, and transport of these discarded things, which is of an incalculable scale.

The hope of NLWA’s campaign is to create ‘lightbulb moments’, helping more people realise that while individually our choices may seem insignificant, collectively, our consumption adds up to an enormous problem. However, it can take just a minute to prevent waste in the first place by making better choices.

NLWA’s Chair, Cllr Clyde Loakes, said: "It is time for more conscientious consumption as well as urgent systemic change to create sustainable supply chains. The UK government must step up and provide the incentives and systems for business to help them on their journeys to planet friendly, circular models where waste is designed out, materials are reused, and unethical practices such as inbuilt obsolescence in electrics and white goods are banished. Every business must take up the mantle and embrace far less ecologically damaging practices. Whether manufacturing products from, and packaging them in, sustainable and recycled materials, to building carbon neutral supply chains, there is no time left for government or business to delay.

"We all as individuals have a crucial role to play too. It may seem like just one disposable coffee cup, one mobile phone upgrade, one pair of ripped jeans in the bin, but multiply that day in day out, year in year out, and multiply again by your street, your village, town or city, and country, and the scale of waste we create is jaw-droppingly mountainous. If each of us makes even just one habit change to reduce waste – whether taking a reusable cup to get a coffee, repairing our clothes, or keeping our mobiles for longer – just imagine what we can achieve together."

Until there’s significant systemic change and more of us make changes to greatly reduce our waste, it’s the role of waste disposal authorities, like NLWA, to manage our huge volumes of waste in the most sustainable, responsible, and pragmatic way possible. For the last 50 years, NLWA has transformed waste into low-carbon electricity for homes via an energy-from-waste facility. However, this facility is reaching the end of its life.

As a result, NLWA is futureproofing services. It is building a modern, more-efficient facility, known as the North London Heat and Power Project (NLHPP), which will provide not only electricity for up to 127,000 homes but also heat for a district heat network in Enfield. In the UK government’s recently published Net Zero Strategy: Build Back Greener, heat networks are proposed as one of the range of options to provide heat for up to 20% of UK homes [6]. It will also save the equivalent of 215,000 tonnes of carbon dioxide each year, compared to sending the waste to rot in landfill. The facility will be among the most advanced in the world and use Selective Catalytic Reduction technology to convert the nitrogen oxide created by incinerating the waste to create energy, into water and nitrogen (which is a harmless gas that makes up 78% of the Earth’s atmosphere).

NLHPP’s sister facility, Amager Bakke, in Copenhagen, was recently featured in the BBC’s Earthshot Prize as an example of outstanding innovation to create cleaner air for our cities as well as hygienically dispose of unrecyclable waste. Also, currently under construction as part of NLHPP, are new £100million facilities to help increase recycling rates to 50%. This is London’s largest public investment in recycling facilities for decades and includes a new Reuse and Recycling Centre for the public to bring items for recycling, which cannot go in their household recycling bins, such as worn-out mattresses, expanded polystyrene, metals, wood, plasterboard, electricals, white goods, and garden waste.

For ways to reduce your waste footprint, check out NotaMinuteToWaste.co.uk.

[6] See the UK’s Government’s Net Zero Strategy: Build Back Greener, page 141, point 14: “Heat networks: they use hot water in pipes to deliver heating (and in some cases cold water for cooling) to many consumers from a centralised heat source. Heat networks could supply up to 20% of UK heat demand by 2050, up from 3% of UK heat supply today.” 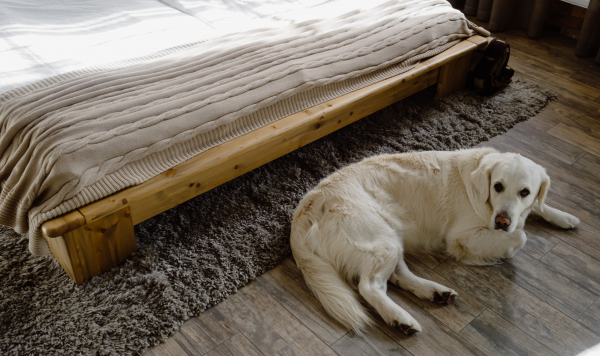 Could your bad habits be ruining your mattress?