Can we reverse disposable culture and live more sustainably?

In the early 19th century K.C Gillette was one of the first people to successfully market the two-part razor, as opposed to the straight blades commonly used until then. Gillette is thought to have pioneered the loss leading model, where the razor handle was sold cheaply to force consumers into a repetitive purchasing habit after the initial investment; in this case replacement razor blades. Since then, Gillette has been viewed as one of the founders of the disposable business model.

In 1924 Kleenex was invented as a make-up removing device and in the same year Bakelite products made a first appearance. In 1947 the first hybrid, part disposable nappy came on the market, giving war-fatigued mothers a break from the drudgery of washable nappies. Fast forward to the 1970s and disposable culture had now become the norm; coupled with the spread of plastic technology, there was no going back.  Now, as well as temperatures and sea levels rising, we are starting to acknowledge that this level of consumerism is no longer viable. We are drowning in mountains or rubbish and oceans of plastic; buying clothes that cost less than a cup of coffee, stripping the world of its raw materials and disposing of items when we’ve had enough. We are creating a vicious cycle of need and disposal that is entirely unsustainable.

How did we get here?

Shopping has been shown to release dopamine, the feel good hormone that affects our reward centres. This means that when we buy something new, our brain gets a “harmless” natural high and as with all highs, it can feel like the law of increasing return. Essentially, the more we buy, the more we want. Makers of products are well-aware of this natural human mechanism and do everything in their power to encourage us to shop more, whether that’s the convenience of next day delivery or the colourful layouts and inviting smells of stores and shopping centres. It is no exaggeration to say that in the last 60 years, we’ve taken shopping from an art to an obsession. And as we ramp up to Black Friday and Christmas, it doesn’t seem to be ending. Disposability is seen as a luxury of the modern age. Beginning with throwing away plastic consumables like plates and straws, we now also throw away clothes, furniture and electronics.

The lack of meaningful ‘extended producer responsibility’, coupled with our tolerance to waste has helped manufacturers ride off into the sunset with our love of shopping. For example, some big tech giants hold quarterly product events to launch new phones, tablets or watches. These are greatly anticipated by their fans, who have made a tradition of upgrading to the next model, almost on cue.

The encouragement to buy new now means our products are often built to not last very long. This is known as planned obsolescence, and it’s devastating the planet. Initiatives like the Restart Project have been campaigning for years for the right of consumers to repair their own products in the fight against planned obsolescence.

What is Planned Obsolescence?

That last point is what we want to focus on in particular. Smart phones and tablets especially, are designed in such a way that require specialist tools to get into, or are glued shut to ensure water-proofing, making it near impossible to access the interior and change a battery or repair a fault. Even if it is possible to repair, “part bundling”, the tendency to fuse or house parts together so that they can’t be individually removed, the short time replacement parts are made available to buy and high labour costs often make it financially prohibitive to do so. These factors lead most people to think they’re better off replacing the product altogether, especially if it’s a couple years old. Many of us have now come to believe that this is an acceptable life span for a £700 phone.

Broken screens and battery performance issues are some of the most common smart phone problems and yet how many people do we know walking around with cracked screens because it can’t be replaced or because they’re waiting out their contract in order to get an upgrade? The whole system is designed to scale up.

It’s time manufacturers gave consumers the right to the repair the products they pay a small fortune to own. The UK disposes of 23.9kg of electronics per person per year and the imbalance of convenience vs waste needs to be addressed urgently. Firstly, it needs to make better financial sense to fix our products than buy new. But most importantly, governments need to hold producers to account to the harm they’re causing by improving the repairability of the things they make, and for the long-term.

Stories from our parents about how that ratty AKAI Pick Up record player, bought in 1978, still works shouldn’t just be for “back in my day” giggles. Technology should be getting better, not worse… 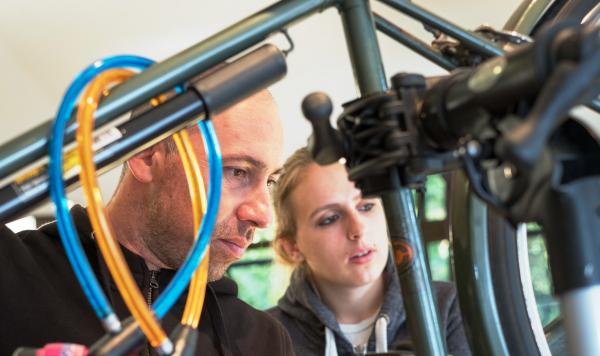 Is your electrical device not working as well as it used to? Do you know that it could be fixed, saving you the cost of…
Sign up to receive tips, news and event updates from NLWA
Email